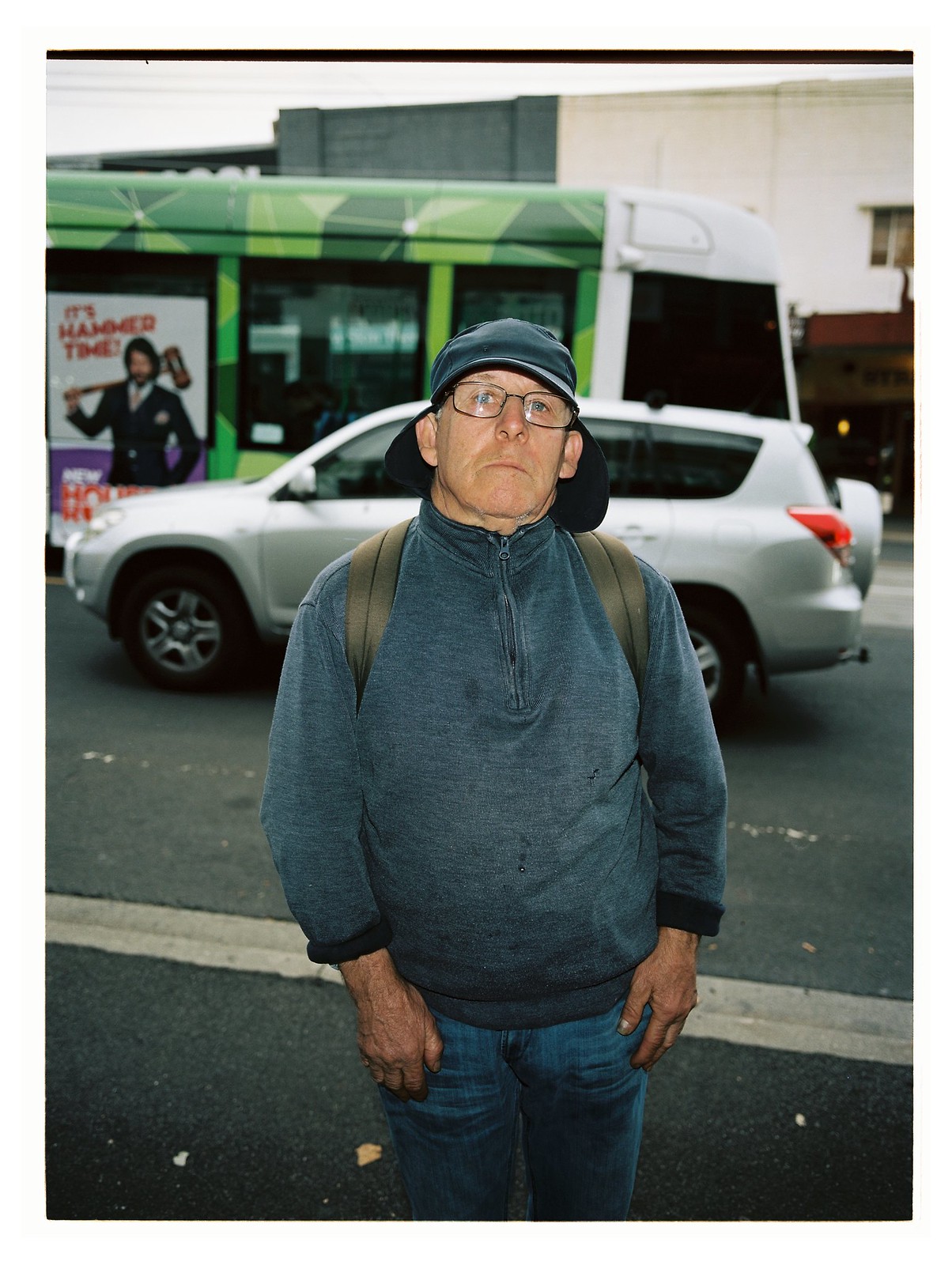 I normally hate it when photographers get too wordy about their photography, especially a single photo, so please sit back and enjoy my descent into Hypocrisy.

This is Chris. I work in a suburb of Melbourne called Kew. Kew used to be home to the Kew Lunatic Asylum and Kew Cottages so the area has a lot of “characters”, sorry I can’t think of a better way to put this. Chris is one of those characters. I have worked in Kew for over 10 years and Chris has been in at least twice a week for a chat. In the beginning those chats were just him yelling something unintelligible at me from the door. Then something happened, about 6 or 7 years ago he went for an operation and after he recovered instead of yelling at me from the door he came into the shop and said “How are you?”. Have you seen the 1990 Robert De Niro and Robin Williams movie “Awakenings”? It was like that. I think someone assessed him and I don’t know if they changed his meds or his dosage but Chris seemed to be a lot more vivid, alive.

Last week I had my new Fuji GA645W at work and Chris came in so I asked him if I could take his photo, he said yes and I took it. Unfortunately it was too dark in the shop and the flash didn’t fire despite being up. A couple of days later Chris asked me about the photo I took and I said it didn’t come out, he seemed disappointed so I suggested we take another one. We went outside and I took a couple just to be sure, he told me the flash went off this time. I told him I would have a photo for him on Friday. Sure enough Friday rolls around and Chris comes in after work (I’m still not 100% sure what he does for work) asking about the photo. I show it to him, no reaction, but he wants me to put it in a photo envelope for him. He’s out the door.

He did this once before one Xmas when I took a photo of him in the morning and in the afternoon I presented him with a Xmas mug with his photo on it. I think he was just a bit overwhelmed in both cases.