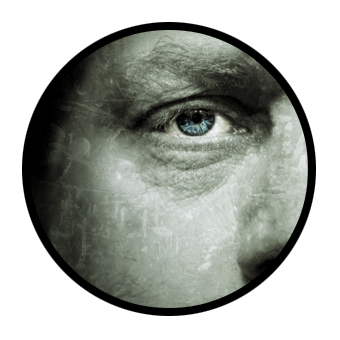 From France but currently residing in China, it’s Ben Felten

The video that DigitalRev broadcast on Youtube last year. “Larger than Full Frame” I think it was called. I had vaguely heard about the Xpan before that, but that video really hit home how cool panoramic photo was.

I got it for Christmas 2014. Actually I got it at the end of January, and as soon as I’d shot that first roll I was hooked.

I had bought a second hand Horizon 202 and played around with panoramas, and I knew I liked the breadth of them, but I didn’t like the oblique shots, the lack of settings, etc. I knew if I wanted to do proper panoramas, I had to get something professional.

You get the benefit of wide angle but you don’t need to be too close to your subjects, it’s a great compromise. Of course you’re somewhat limited in the vertical axis (when shooting horizontal) but I found I could like with it.

So far it’s been mostly street photography and some travel. There’s a couple of reasons: the first one is that the breadth of film real-estate you get means you can really shoot a scene as opposed to a subject. On many of the shots I got in my first rolls, there’s more than one thing going on, and I love that. Also, people don’t realise you’re shooting them when they’re off-center, which makes for more natural expressions.

I need to try landscape, but I haven’t had the opportunity yet. I also need to try group portraits with the 90.

Fuji Pro 400H, no questions asked. I love the colors on that film and I hope it never goes away.

#1: I love watching the street life in Shanghai, especially the games. Everybody joins around when people are playing Mah-Jong or Chess.

#2: Food markets are a fantastic target for street and the xpan. Here you see the whole width of the stall and the sellers on one side. I couldn’t have shot that without the xpan.

#3: You can do architecture as well. This is my favourite film and a very beautiful temple in Shanghai.

This shot, “Hairdresser, Wan Chai” by Renaud A. is exactly the kind of shot I aspire to make. Not only does it capture a life moment, but the reflection in the mirror makes it all the more interesting.

My culture of classical photo is sorely lacking. I have taken great inspiration from the recently rediscovered photos of Viviane Maier but apart from her I don’t know many “big names”. There’s one photo magazine I read religiously though, it’s a French book that’s published every six months called “6 Mois”. It features a lot of very inspiring photography.

My Fuji x100s, truly a fantastic beast that I can always carry with me. I have a Canon DSLR as well and a variety of lenses, but I intend to sell them all and switch to a Fuji x-pro2 when it finally comes out.

I’m not sure that I would. Shooting panorama with digital is just a matter of a higher res and cropping. There’s something organic about shooting the xpan that I don’t think I would enjoy as much with digital. Plus it would cost a bomb and a half 😉

My photo blog is at www.benoitfelten.com and I share the same photos on my Facebook page Shanghai Wide: https://www.facebook.com/bfshanghaiwide