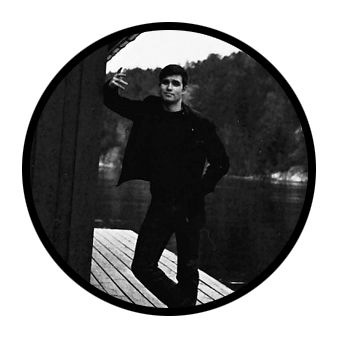 I guess three or four years ago. I sold my Yashica 635 camera and bought a used Hasselblad 503cx from ebay. In the package a brochure was included and as i skipped through it the centrefold appeared and there it was the Hasselblad Xpan 35mm rangefinder. I was turned on immediately…and had to get one eventually…although it took years with many lost auctions.

I got my Xpan in June about a year ago through a Norwegian photo website with both the 45mm and the 90mm. It was fantastic to throw out the plastic Lomography Sprocket Rocket and upgrade to the holy grail of panorama rangefinders in titanium.

A lot of things attracted me to the Xpan, first the cinematic frame, the solid titanium case and the hybrid technology of both analogue and digital etc. As an avid Hasselblad supporter the other cameras are pretty heavy to carry around so the feeling of having a lighter camera around the neck was quite satisfactory. Leica rangefinders seemed to pop-up quite frequently but nobody had the xpan, so trying something different all in all appealed to me.

Despite its criticism I actually like the 90mm better. I live near the sea so I tend to go for zoom or tele rather than wider lenses. Its harder for me to shoot from the hip with the 45mm (even tough I use the green bubble spirit level…and sometimes photoshop) especially when your at sea. I guess I need more practice. With that said I always start with the 45mm then I go further on with 90mm. I like using Tiffen pro-mist filters as well, they add grain and a glowing halo around the light sources. With this combination and if your lucky you’ll get something that looks reminiscent to the work of Cinematographers Robert Richardson ASC and Vilmos Zsigmond ASC whom I salute.

I love shooting things and places where nature and humans collide…and of course anything out on the ocean.

I strive for taking better portraits in the panorama format, and I would like to stage more elaborate scenes with people in them. I have a dream shooting some of Frank Lloyd Wrights buildings as well as Yosemite, the great wall in China and the jungles of central America. To be continued…

I recently discovered the CineStill films. I was flabbergasted with the ability it had both in photoshop and pushing the film in the field. I have yet to try the Velvia 50 and the Rollei 25 B/W. Im looking forward to that.

The first one is one of my most recent on. “Duality of man” were taken in Oslo in Vigelandparken out of 200 sculptures these two caught my eye first. I had some time to kill, and the light was right at 9.AM separating the two sculptures by sunlight and shadow. Metaphorically without sounding too pretentious it might suggest the two sides of every human being; The good and the bad.

The second was taken about a year ago in Malaga city in Spain. We had to walk for about 40minutes up some pretty steep stairs going hillside next to an old fortress. About 200meters from the top I took this picture of the empty bullfighting arena which I called “into the Pit”.

The third picture a lighthouse which is about 20minutes by boat from where I live. As the sunset slowly emerged rich shadows made the structure stand out more from the background. Note, a pro-mist filter was on.

Its hard to say, I tend to change my mind a lot when It comes to favouriting pictures. It all depends on my mood, but as an example one of the very first Xpan photos I saw was Tyler Haywards Sunset over Toronto. It looks apocalyptic with flaming skies soon to crash with the dark skyline. Superb timing and framing.

First of all I get inspired on a daily basis by the thousand of photographer I see on Flickr including The Xpan Group of course.

(MJ – Good answer, but you would have got bonus points if you mentioned me ;))

My three children are all born Hasselblad. The firstborn: 503CX, the second The Flexbody (Tilt-shift camera) and the youngest; The Xpan.

Despite having a close family I do have a bastard son; The Nikon FM2 Half-Frame (An extremely rare camera only about 30 made) – It shoots twice as many pictures pr roll of film. It was custom made by Nikon to fit the Norwegian police in the early 80s. I might sell it for the Xpan 30mm..we’ll see about that…

(MJ – Wow, a camera I had never heard of! Doesn’t happen often).

I dont think so, unless they call it something ells cos´ the Xpan experience more than anything is what we see on those 24mm high and 65 mm wide exposures besides the weight and feel of this rangefinder.

Digital cameras feel different in every shape and form.