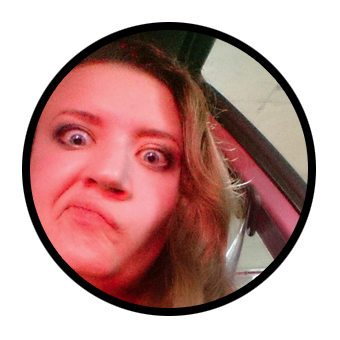 This week’s Xpan Photographer is Melissa from Sydney.

It looked like a neat camera. I love the idea of native panoramic shots. I don’t have to make any decisions about what to cut out if I want to have a panoramic image, because it’s already been done for me. Also, your Xpan site was the tipping point for actually getting one.

Trees, clouds, and patterns in nature. I like that trees are somehow so ordered in terms of growth and branching and all that, but also so incredibly messy. Same goes for clouds. There’s an order there, but nothing that you can clearly see. My favourite photos are always the ones that don’t really have a focal point.

I’d love to be able to take pictures of people, especially friends and family, that aren’t bad. Landscapes are easier; they don’t move, and they don’t care if the photo isn’t flattering.

Honestly, whatever is there in the fridge/freezer. It used to be a lot of Ilford FP4 Plus, but lately it’s been Kodak Portra 160 or 400.

Ah, the mess; be still my heart. I like the silvery branches, that you can’t see where they start or end, and that there’s no reason that those particular ones should be in focus and the others not beyond personal whimsy.  My eyes really don’t find anything to rest on. Love it. This shot was taken on my first proper holiday outing with the Xpan, from which it came back with a lot of paint scratched off.

Well, a little structure is OK I guess. If I have to have a focal point, I generally like to dab it in the middle. Wandering around the salt lakes in the Simpson Desert was completely brilliant; you end up half-blinded by the glare of sun off salt, so seeing anything remotely familiar is a comfort. I followed these dingo tracks from one side of the lake to the other. I photographed the four large prints, but I only noticed the smaller ones when I arrived home and had scanned the film. I love seeing things like that after the fact.

It changes a lot, but currently I’m back to loving this shot by Christoffer Sveum. The alley, the bin with a plant, the dog symbol on the footpath, and those cats have some serious attitude (but don’t they all?).

Emmet Gowin’s landscape stuff, because it’s so wonderfully graphical. Ray Metzker’s trees, because they’re delightfully messy. Camille Seaman’s clouds, because clouds. And Yang Yonliang’s photography (which, can you call it photography?) is mesmerising.

My Nikon FM3a is such a reliable workhorse. It was also the first film camera I bought chosen by me for me. My Hasselblad 500CM is much beloved and has faithfully stood up to a lot of physical abuse. I also really love the waist-level finder, because it is large and bright, and I’m short-sighted and never wear my glasses. But, I recently bought a Fujifilm GF670, which I love because it’s small (comparatively), so it fits easily in my bag, especially when hiking.

No. I like hoarding and collecting and gathering stuff. That’s much more satisfying to do with rolls of film than hard drives.

Flickr, I suppose. Though… I have been known to up stakes and delete things on a whim.

Thank you for your time Melissa!