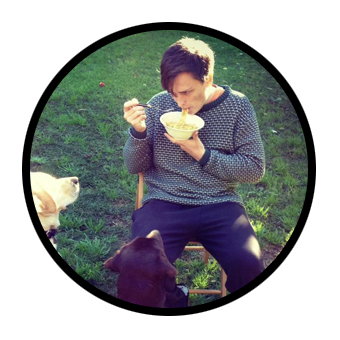 Next up is relative newcomer to the Xpan, Rob from Sydney.

I remember reading some old surf photography forum back when i was 15 or so and I saw some shots from some guy who had been travelling (Who I since believe is Cale McMillen) through Indonesia with one. Many years passed before I heard mention of the camera again, but once I started looking into it I knew I had to have one.

Purchased early 2014 (first roll is dated March ’14). I was a super lucky turn of events actually: I was this close to paying $1800 for one when my friend sent me a link to a guy on Gumtree selling his for quite a lot cheaper. Was in slightly worse cosmetic condition and has the annoying on/off switch stiff issue, but came with hood and centre filter which I find indispensable for my slide stuff (basically never leaves the camera unless its too dark to safely handhold).

The unique width and depth to the photos. The way your eye scans across the whole cinematic frame. The level of symmetry you can get in a frame. The environmental context you can show.

Just the 45mm f4 at this point; will get the full set eventually.

I like to take photos at the coast, whether it be of waves (I’m predominantly a surf photographer) or of beach scenes. The format really lends itself to the coast, waves breaking and silhouetted figures taking a stroll. I also appear to be obsessed with minimal compositions, with lone figures and lots of symmetry. Repeating motifs are emphasised perfectly with the long frame.

Everything: would like to shoot more environmental portraits (not just silhouettes ha). Need to travel more, would love to shoot mountains, little snowy river long exposures. More street, turns out I’m a bit of a scaredy cat when it comes to taking photos of people on the street, something I need to get over.

That’s a tough one: for colour nothing goes past Fuji Velvia (holding up those little panoramic transparencies with saturated colours gets me going); though have been shooting more Ektar and Portra of recent.

For B&W stuff it would have to be Kodak Tri-X and Fuji Neopan 400 (of which I recently acquired 20 rolls!); both have lovely grain and contrast.

The only issue with all of them is my skill as the scanner and editor, in both cases lacking. Getting the colours right from scans has rapidly become the bane of my existence.

1) I took this from the northern end of the Harbour Bridge in Sydney. I love the leading curves of the fencing and the single figure walking, with the hint of the bridge in the background. Funny story actually, both this and frame #3 were from the same roll of film which was quite obviously messed up in the developing stage (the lab i was using had either solarised half of the roll or not properly fixed it). Fortuitously the two frames i really liked from the roll were these two, and suffered little to no ill effects (which can not be said for some of the other shots).

2) Taken in South Sumatra in 2014. I like to go on surfing holidays both for taking photos and for bodyboarding. Sumatra has pristine waves (exhibit A), disgustingly warm and clear water (to the point you actually sweat whilst swimming) and is also rather cheap. Theres a lot I like about this picture, from the silhouettes admiring the wave, to the local fishing in the foreground, to the palm trees just entering the frame, to the reeling wave.

3) Another frame from the above mentioned mishap roll. Was taken from the Carslaw building in Sydney University whilst waiting for a maths tutorial to start. I’ve begun taking my Xpan with me to Uni every day for those moments like these that catch my eye. Had previously taken a slight variation of this composition in colour, but this version i prefer greatly with the much better symmetry and long shadows in black and white. I like the texture on the seats and glass pyramid, and the two different worlds on either side of the photo.

Hmm thats hard, there are so many I like (My Flickr favourites are dominated by Xpan users). I will put this photo up by Buyan, not necessarily because its the best shot I’ve ever seen, but I just love the scene. From the azure waters to the stunning mountains to the little figures, its exactly what I want to take photos of.

Mostly surf based photographers. I really like the work of Steve Wall; he takes quite unique photos of waves (take my word for it that there are millions of kids taking surf photos with GoPros these days) that are refreshingly different. Subtle tones and editing. Another guru is Luke Shadbolt, whose variety and versatility in taking photos is something I strive towards. I get semi-stuck in a rut when I stay in the same place for a while, the photos tend to come out rather mundane. What I would like is to travel and come back with a solid collection of photos that work well together, I don’t want just one shot that is better than the rest, would like to be consistent.

Too many. Canon 5d Mark III with 15mm fisheye (surfing and underwater stuff exclusively), 16-35mm f4 IS, 35mm f2 IS, 135mm f2 and 400mm f5.6 with sigma 24mm f1.4 and 50mm f1.4 art series lenses. I’m a big fan of having technically good photos, I don’t want to look back on a shot and say that could’ve been better if I wasn’t so stingy and had bought the better lens. I have an essex surf housing for the 5d which fits a variety of my lenses. Also recently acquired a canon 1n (and an underwater housing) which I am really enjoying, with the benefit of not needing to buy different lenses. I like the fact that I can only take 36 frames before needing to swim back in, undo the housing, reload the film and swim out again – is making me value and think about each frame a lot more. Fuji GA645 medium format rangefinder and their instant wide 300.

In a heartbeat: honestly nothing would make me happier. Would sell a lot of my gear to fund such a camera; I just really like the format and feel of the Xpan. Such a solidly built camera with beautiful lenses and viewfinder, its the kind of camera I picture as having forever (touch wood).